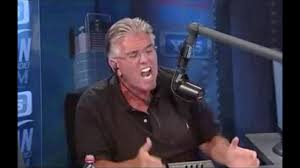 Mike Francesa is a GOD in the world of sports talk radio. A true legend. But every once in a while, even the best get duped.

This clip is gold. Mike believes in this ridiculous story where Mr. Rogers is a tattooed badass and has logged 22 confirmed kills.

As promised, newly acquired Mike and the Mad Dog audio from '06. Mike Francesa buys into an urban legend about two Iwo Jima heroes… Captain Kangaroo & Mister Rogers. They are astonished, until they discover it's total nonsense.

Credit to @BackAftaThis for finding this clip.